XRAY Needed when a potter breaks a leg, an arm, a collar bone, a finger or a toe. Or anything really. 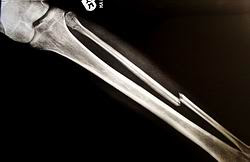 XYLOPHONE as in Teacup Xylophone. When BBC Radio Stoke began broadcasting to The Potteries on 14 March 1968 the signature tune/jingle was composed and played on a range of Wedgwood teacups by Stuart Johnson, a local music teacher and celebrity. Each teacup was tuned perfectly with varying levels of water.


YANKLES Dialect. Your ankles. Walking through through thick snow or a muddy field "Gets yankles!"

YARD An open space, usually in the centre of the potbank. The area around which the factory buildings and ovens were built. The layout of a potbank was derived from the layout of a farm. The first potters were farmers. The yard would have been an extremely busy place with deliveries of coal, raw materials, packing materials etc and outgoing wares. The yard also saw the general movement from department to department.

YEWSTER Sometimes EWSTER or OOSTER or OUSTER Clinker or caked ash formed on the insides of a bottle oven firemouth, mainly found in biscuit ovens or glost ovens fired with bad fuel. "Burnt coal ash which has welded together" as described by Alfred Clough, the Fireman responsible for The Last Bottle Oven Firing in August 1978.

YUNOMI Japanese. Not commonly used in a North Staffordshire Potbank ! Cup without a handle. Taller than it is wide, with a trimmed or turned foot. Unlike the more formal chawan tea bowl which is used during the Japanese tea ceremony, this made for more informal tea drinking.

ZAFFRES Material. A cobalt compound. Unusual name for a colour of blue. May be a corruption of the word sapphire. Goes back a long way ... 16th century. A powdered cobalt compound.

ZETTLITZ Material - kaolin.  A pure kaolin found near Carlsbad in Germany used for making high temperature Seger cones. Not sure this word is used much in a potbank!

ZINC Material. A hard bluish-white metal. Not used in the ceramics industry but its oxide is extensively employed as an opacifying agent in glazes and as a flux.

It is actually KLiFeAl(AlSi3)O10(OH,F)2, a potassium lithium iron aluminium silicate hydroxide fluoride silicate mineral in the mica group. A series between siderophyllite and polylithionite, not a mineral. It occurs in greisens, pegmatite, and quartz veins often associated with tin ore deposits. It is commonly associated with topaz, cassiterite, wolframite, lepidolite, spodumene, beryl, tourmaline, and fluorite.A waste material. A biotite mica, pale yellow or brown in colour, sometimes found in clay. It is found as well-formed short prismatic or tabular crystals, pseudohexagonal, in rosettes or fan-shaped groups; lamellar or scaly aggregates; disseminated.

Useless in pottery. Useless on a potbank.
But an absolutely fabulous word to finish the Potbank Dictionary!


back to top>
Home